This article uses material from the Nyarlathotep (short story) article on the Lovecraft wiki at Fandom and is licensed under the Creative Commons Attribution-Share Alike License. 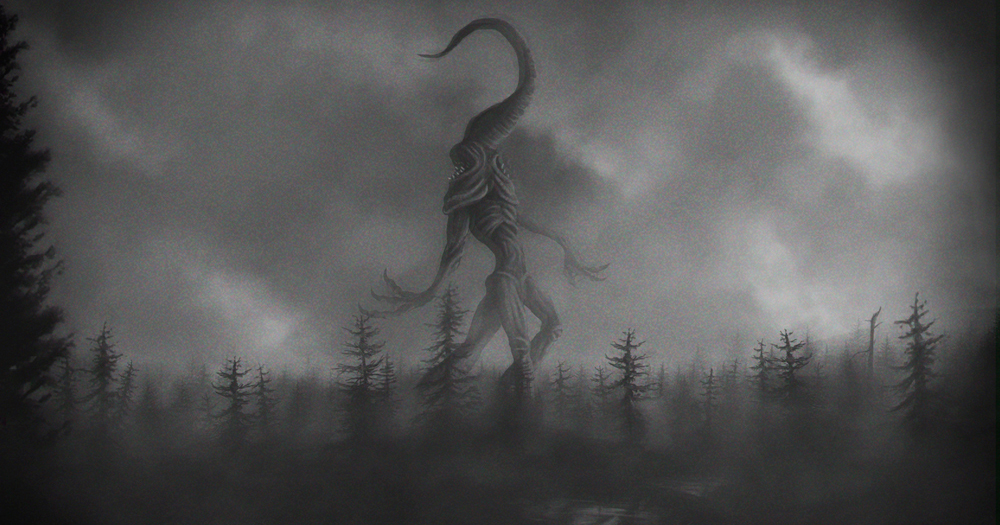 Nyarlathotep
Read this story in the library

"Nyarlathotep" is a prose poem/short story by H. P. Lovecraft written in 1920, and first published in the November 1920 issue of The United Amateur. It is the first mention in fiction of the Cthulhu Mythos entity Nyarlathotep.

The story is written in first person and begins by describing a strange and inexplicable sense of foreboding experienced by humanity in general, in anticipation of a great unknown evil.

The story proceeds to describe the appearance of Nyarlathotep as a "man" of the race of the Pharaohs, who claims to have been dormant for the past twenty-seven centuries, and his subsequent travels from city to city demonstrating his supernatural powers. Wherever Nyarlathotep went, the story relates, the inhabitants' sleep would be plagued by vivid nightmares.

The story describes Nyarlathotep's arrival in the narrator's city, and the narrator's attendance at one of Nyarlathotep's demonstrations, in which he defiantly dismisses Nyarlathotep's displays of power as mere tricks. The party of observers is driven away by an infuriated Nyarlathotep, and wanders off into at least three columnal groups: One disappears around a corner, from which is then heard a moaning sound; another disappears into a subway station with the sound of mad laughter; and the third group, which contains the narrator, travels outward from the city toward the country.

The story ends by describing horrific, surreal vistas experienced by the party, in which they realize horror and doom have come to the world.