This article uses material from the Cthulhu article on the Lovecraft wiki at Fandom and is licensed under the Creative Commons Attribution-Share Alike License. 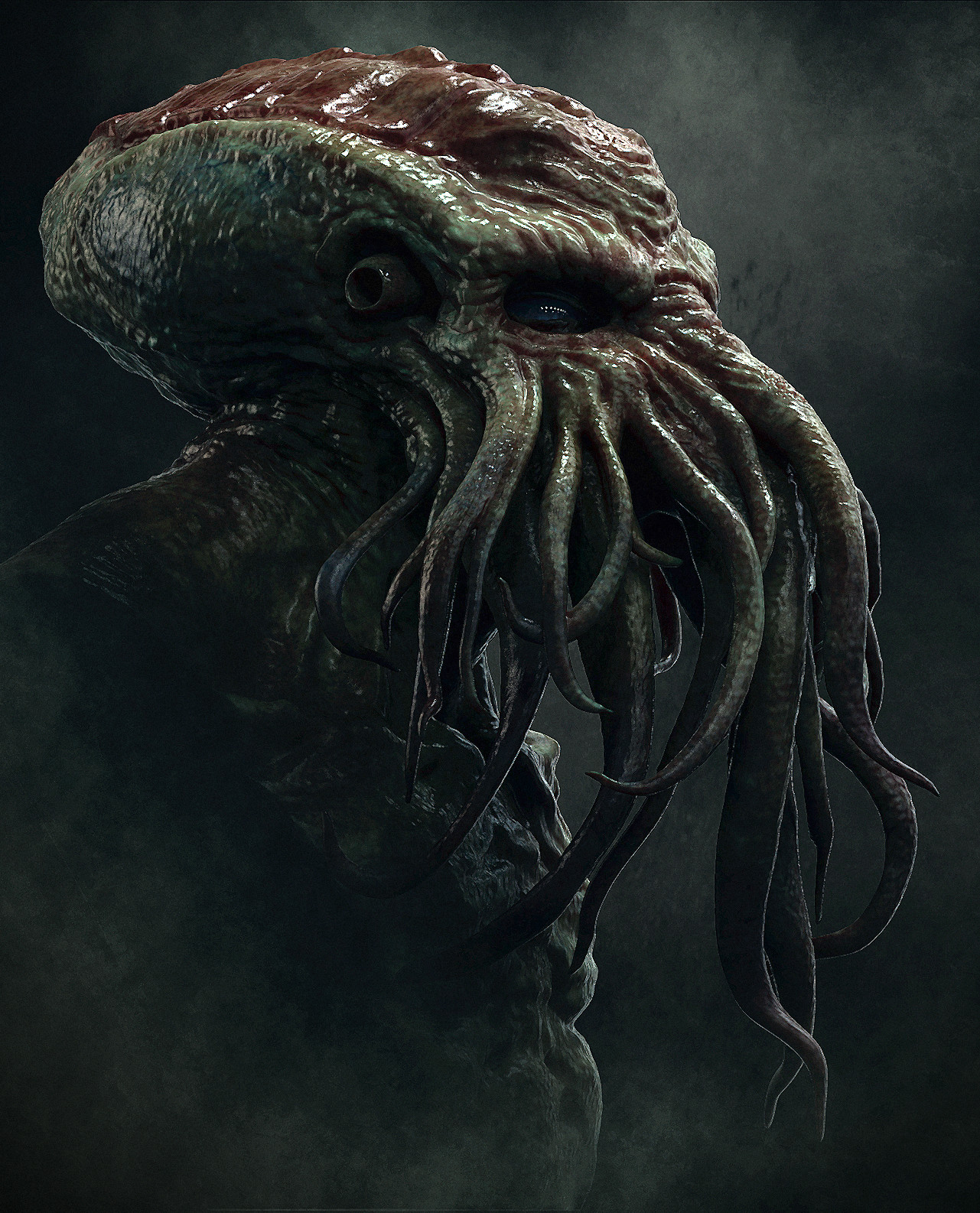 Cthulhu is a Great Old One of great power that lies in a death-like slumber beneathe the Pacific Ocean in his sunken city of R'lyeh. He remains a dominant presence in the eldrich dealings on our planet.

Cthulhu is mentioned in other sources, sometimes described in ways that appear to contradict information given the most well-known accounts. For example, rather than including Cthulhu among the Great Old Ones, a quotation from the Necronomicon says of the Old Ones, "Great Cthulhu is Their cousin, yet can it spy Them only dimly." But different Lovecraft stories and characters use the term "Old Ones" in widely different ways.

Human explorers in Antarctica discovered an ancient city, for example, where the Old Ones are described as a species of extraterrestrials, also known as Elder Things, who were at war with Cthulhu and his relatives or allies. The discoverers of the Elder Things were able to puzzle out a history from sculptural records:

William Dyer, part of the Antarctic expedition, also notes that "the Cthulhu spawn [...] seem to have been composed of matter more widely different from that which we know than was the substance of the Antarctic Old Ones. They were able to undergo transformations and reintegrations impossible for their adversaries, and seem therefore to have originally come from even remoter gulfs of cosmic space [...] The first sources of the other beings can only be guessed at with bated breath." He notes, however, that "the Old Ones might have invented a cosmic framework to account for their occasional defeats." Other stories have the Elder Things' enemies repeat this cosmic framework.

In another account , there is a reference to "the fearful myths antedating the coming of man to the earth–the Yog-Sothoth and Cthulhu cycles–which are hinted at in the Necronomicon." That suggests that Cthulhu is one of the entities worshiped by the alien Mi-go race, and repeats the Elder Things' claim that the Mi-go share his unknown material compositions. Cthulhu's advent is also connected, in some unknown fashion, with supernovae: "I learned whence Cthulhu first came, and why half the great temporary stars of history had flared forth." The story mentions in passing that some humans call the Mi-Go "the old ones".

Investigations into the cult activity in Innsmouth, Massachusetts has revealed that Cthulhu is also worshiped by the nonhuman creatures known as Deep Ones.

According to correspondence between Lovecraft and fellow author James F. Morton , Lovecraft reveals that Cthulhu's parent is the deity Nug, itself the offspring of Yog-Sothoth and Shub-Niggurath. Lovecraft includes a family tree in which he himself descends from Cthulhu via Shaurash-ho, Yogash the Ghoul, K'baa the Serpent, and Ghoth the Burrower.