This article uses material from the Innsmouth article on the Lovecraft wiki at Fandom and is licensed under the Creative Commons Attribution-Share Alike License. 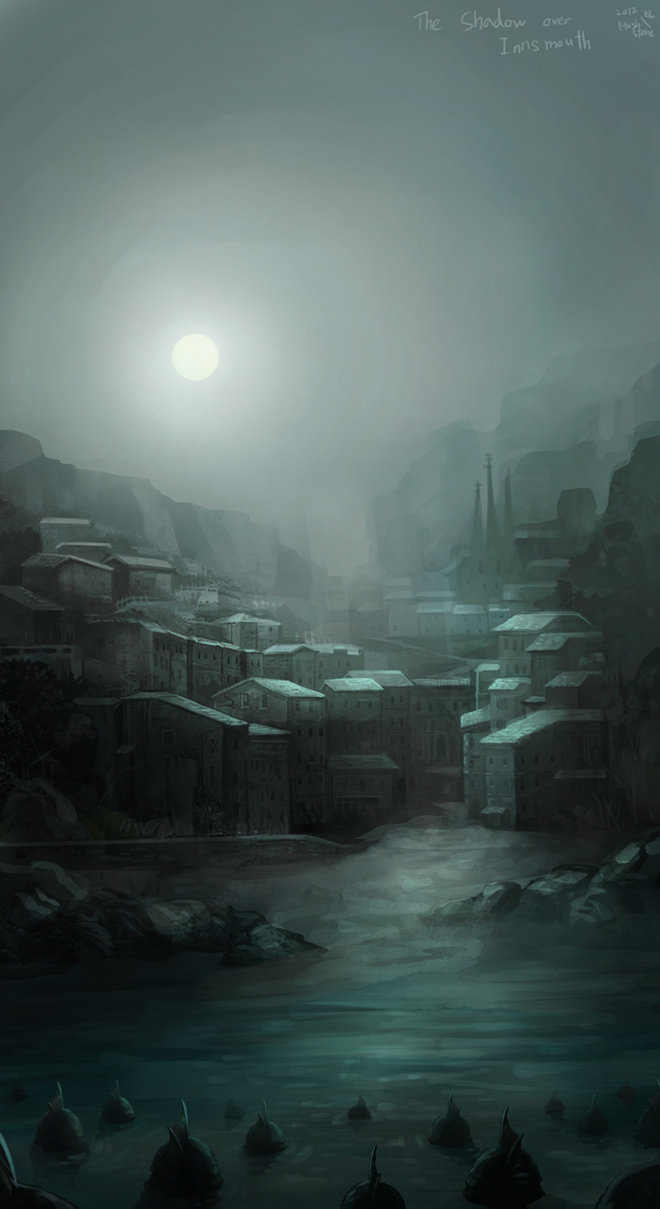 Innsmouth is a fictional town in Lovecraft Country, and is the primary setting in the story The Shadow Over Innsmouth. It was founded in 1643, noted for shipbuilding before the American Revolution.

Innsmouth is described as a decaying town whose primary industry once mining and ship building as disappeared and left the town to fall off the map almost entirely.

It was a town of wide extent and dense construction, yet one with a portentous dearth of visible life. From the tangle of chimney-pots scarcely a wisp of smoke came, and the three tall steeples loomed stark and unpainted against the seaward horizon. One of them was crumbling down at the top, and in that and another there were only black gaping holes where clock-dials should have been. The vast huddle of sagging gambrel roofs and peaked gables conveyed with offensive clearness the idea of wormy decay, and as we approached along the now descending road I could see that many roofs had wholly caved in. There were some large square Georgian houses, too, with hipped roofs, cupolas, and railed "widow's walks." These were mostly well back from the water, and one or two seemed to be in moderately sound condition. Stretching inland from among them I saw the rusted, grass-grown line of the abandoned railway, with leaning telegraph-poles now devoid of wires, and the half-obscured lines of the old carriage roads to Rowley and Ipswich.