This article uses material from the The White Ship article on the Lovecraft wiki at Fandom and is licensed under the Creative Commons Attribution-Share Alike License. 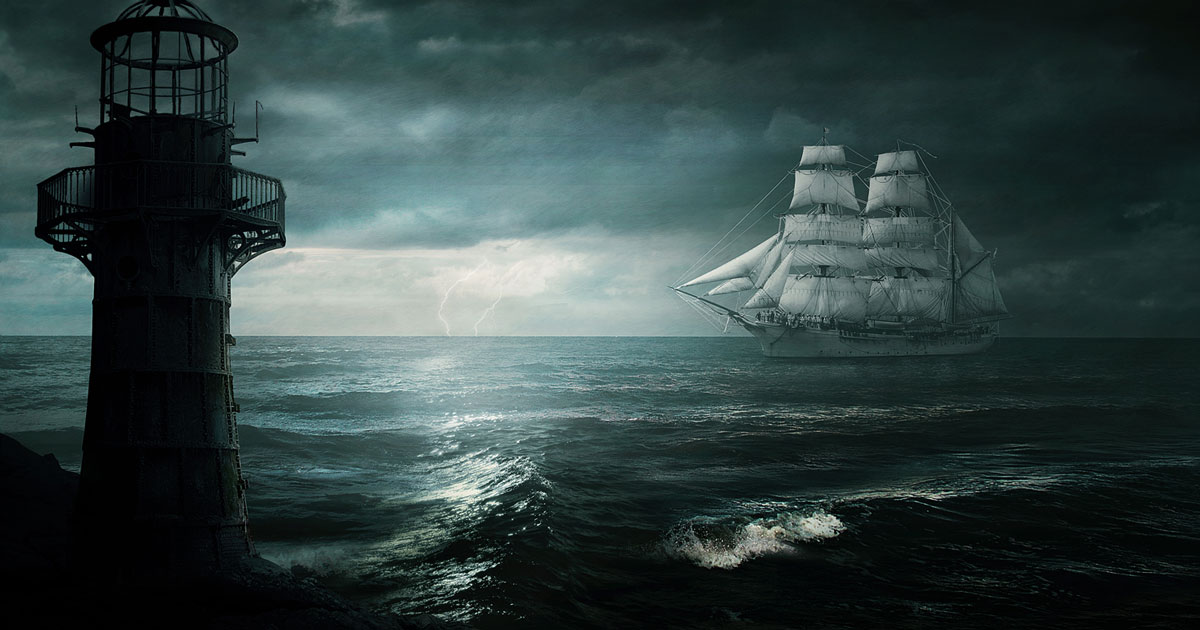 The White Ship
Read this story in the library

"The White Ship" is a short story written by science fiction and horror writer H. P. Lovecraft. It was first published in The United Amateur (Volume 19) #2, November 1919.

A lighthouse keeper named Basil Elton engages upon a peculiar fantasy in which a robed, bearded man is piloting a mystical white ship which appears when the moon is full. Elton walks out across the water on a bridge of moonbeams and joins the bearded man on this ship, and together they explore a mystical chain of islands unlike anything that can be found on Earth.

They travel past Zar, a green land where "dwell all the dreams and thoughts of beauty that come to men once and then are forgotten", then the majestic city of Thalarion, "City of a Thousand Wonders", where dwell frightful demons. They pass Akariel, the huge carven gate of Thalarion, and continue their voyage. Elton is informed that those who enter both places have never returned. During the voyage they seem to be following an azure celestial bird. They also pass Xura, the "Land of Pleasures Unattained", which seems pleasant from a distance but reeks of plague upon getting nearer. They finally settle in Sona-Nyl, the "Land of Fancy", where Elton spends a period of time which he describes as "many aeons", living in what seems to be a perfect society. In his time in Sona-Nyl, Basil learns of Cathuria, the "Land of Hope". Though no man truly knows where Cathuria is or what lies there, Elton is thrilled with the idea, fantasizing about it wildly, and urges the bearded man to take him there; a request which the latter reluctantly agrees to. They follow the celestial bird westward. After a perilous journey to where the crew believes Cathuria to be, the ship instead finds itself at the edge of the world, and plummets to its doom.

Elton awakens to find himself on the wet rocks next to his lighthouse, mere moments after he first departed on the white ship - and just in time to witness a catastrophic shipwreck caused by the light having gone out for the first time. Nothing remains of this wreck the next morning but the corpse of a bird familiar from his dream-journey, and a single brilliant white wooden spar. Elton does not see the white ship again.

The story was adapted into a song by the 1960s psychedelic rock band H. P. Lovecraft on their self-titled debut album. Additionally, doom metal band, Solitude Aeturnus, wrote and played a song on their debut album, Into the Depths of Sorrow, called “White Ship.”

"The White Ship" has been published in the following collections.

Note: Most of this bibliography comes from The H. P. Lovecraft Archive. This list should not be considered complete.