This article uses material from the The Music of Erich Zann article on the Lovecraft wiki at Fandom and is licensed under the Creative Commons Attribution-Share Alike License.

The Music of Erich Zann 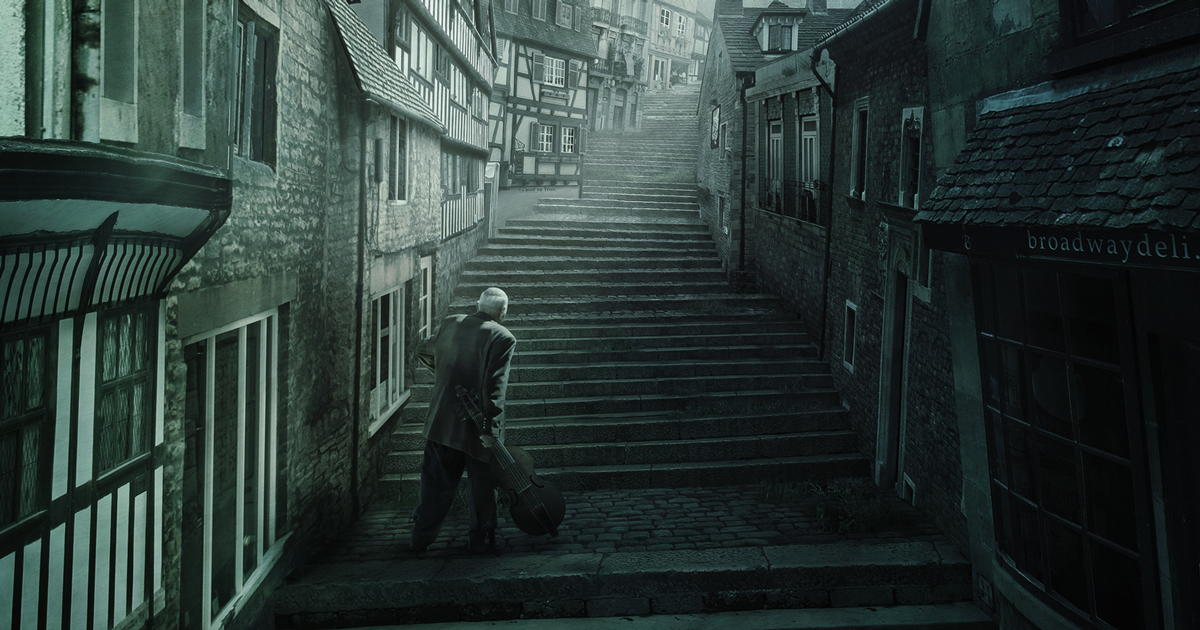 The Music oF Erich Zann
Read this story in the library

"The Music of Erich Zann" is a short story by American author H. P. Lovecraft. Written in December 1921, it was first published in National Amateur, March 1922.

A university student is forced, by his lack of funds, to take the only lodging he can afford. In a strange part of the city he had never seen before, on a street named "Rue d'Auseil", he finds an apartment in an almost empty building. One of the few other tenants is an old German man named Erich Zann. The old man is mute and plays the viol with a local orchestra. He lives on the top floor and when alone at night, plays strange melodies never heard before. Over time, the student gains Zann's trust, and eventually learns of his secret, that the old man has discovered melodies and rhythms of sound of an almost otherworldly nature. Zann plays these sounds to keep back unknown and unseen creatures from Zann's window, which is said to look out into a black abyss, most likely another dimension. One night, Zann's music reaches a crescendo, and the student, staring out the window in hopes of seeing the normal world outside, instead stares into an infinite abyss. The window shatters, and an unnatural wind sweeps through the room, carrying away all of Zann's music notes into the darkness, despite the students attempts at catching them. Fleeing the house after he finds Zann seemingly dead despite his body still playing the cello, the student escapes not just the house but the neighborhood entirely. Years later, he writes down his accounts, and tells that he has never been able to find Rue d'Auseil again, as it does not appear on any maps, and no one else seem ever have heard of it.

The setting of the story is presumably Paris, though the city is never named. Auseil is not a true French word, but it has been suggested that Lovecraft derived it from the phrase au seuil, meaning at the threshold. Auseil is read like oseille, meaning sorrel or, colloquially, money.

Lovecraft considered "The Music of Erich Zann" one of his best stories, in part because it avoided the overexplicitness that he saw as a major flaw in some of his other work. An H. P. Lovecraft Encyclopedia notes that it "might, however, be said that HPL erred on the side of underexplicitness in the very nebulous horror to be seen through Zann's garret window."

The story was frequently anthologized even during Lovecraft's lifetime, including in Dashiell Hammett's 1931 collection Creeps by Night.

Ramsey Campbell has stated that "The Music of Erich Zann" was "the single Lovecraft story that the late Robert Aickman liked".