This article uses material from the Colour Out of Space article on the Lovecraft wiki at Fandom and is licensed under the Creative Commons Attribution-Share Alike License.

Colour Out of Space 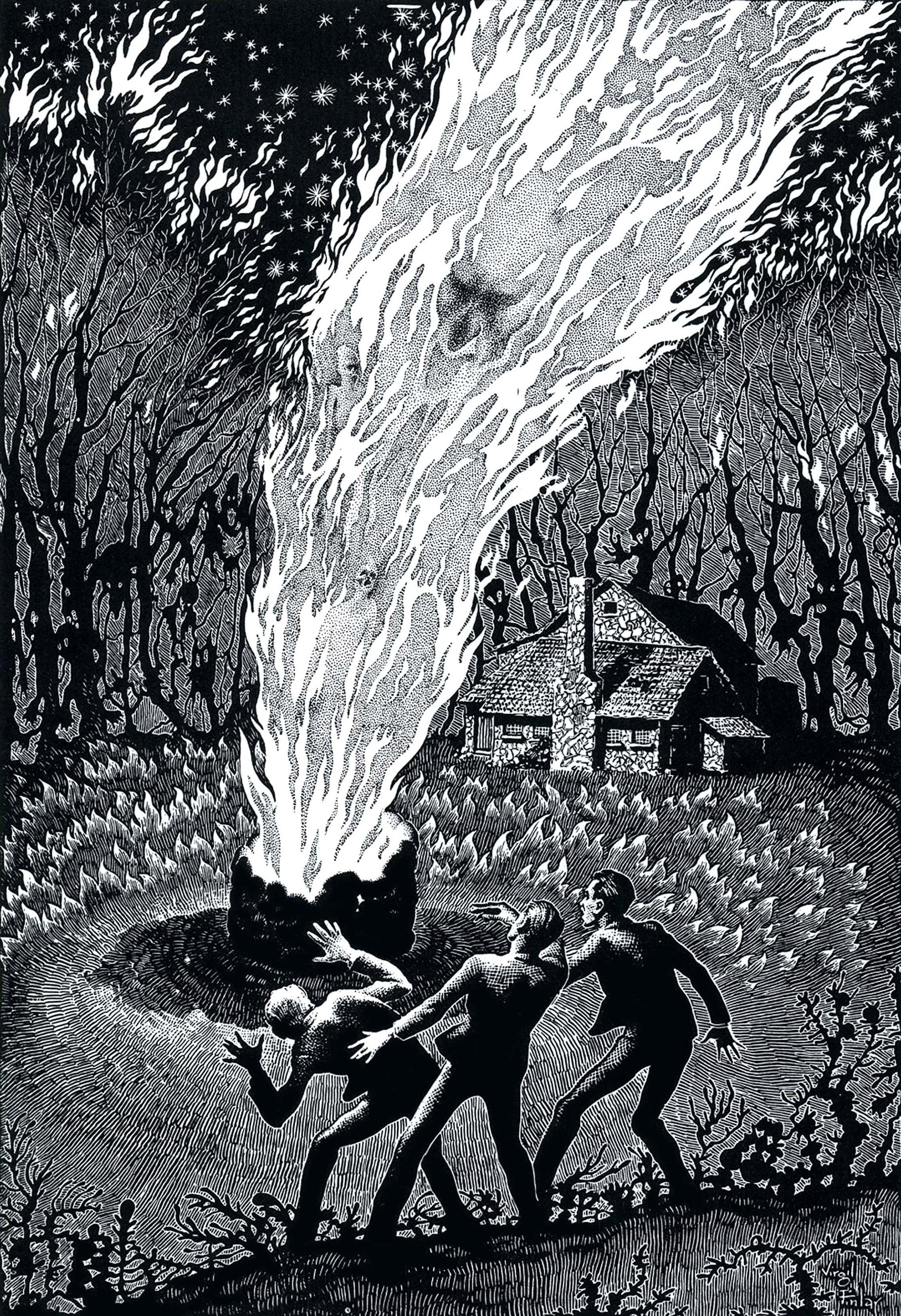 The Colour Out of Space was an extraterrestrial force or entity featured in H.P. Lovecraft's tale of the same name. It arrived on Earth via meteorite, and infected a large swath of Arkham, Massachusetts that would subsequently become known as the "Blasted Heath." The colour was said to have "poisoned" the soil around where it had landed. It appeared to have "infected" the local plant life and the results were great discolorations in the flowers, grass, and trees. Along with the discoloration came the ruining of fruit and vegetables grown along with the abnormal behavior of the plants during the night. The flowers would glow in the darkness and the trees seemed to reach out to the sky and move without the wind.