We’ll be the first to admit that Lovecraft's writing doesn’t translate very well into visual mediums, particularly video. The reason for this being that once you lay eyes on the object of your fears you begin reacting, and then rationalizing the horror. Lovecraft didn’t want you to do that. Lovecraft knew that the fear of the unknown is perhaps the most powerful and unsettling type of fear. Although his descriptions were rather detailed, the individual reader is still left with plenty of imaginative wiggle room to make it even more terrifying to them. This list of Lovecraft-inspired films showcases some of the movies that convey the fear as best they can within this limitation. Some of these films do this only through allusion, and some create entire adaptations of Lovecraft’s original tales.
Jump to: 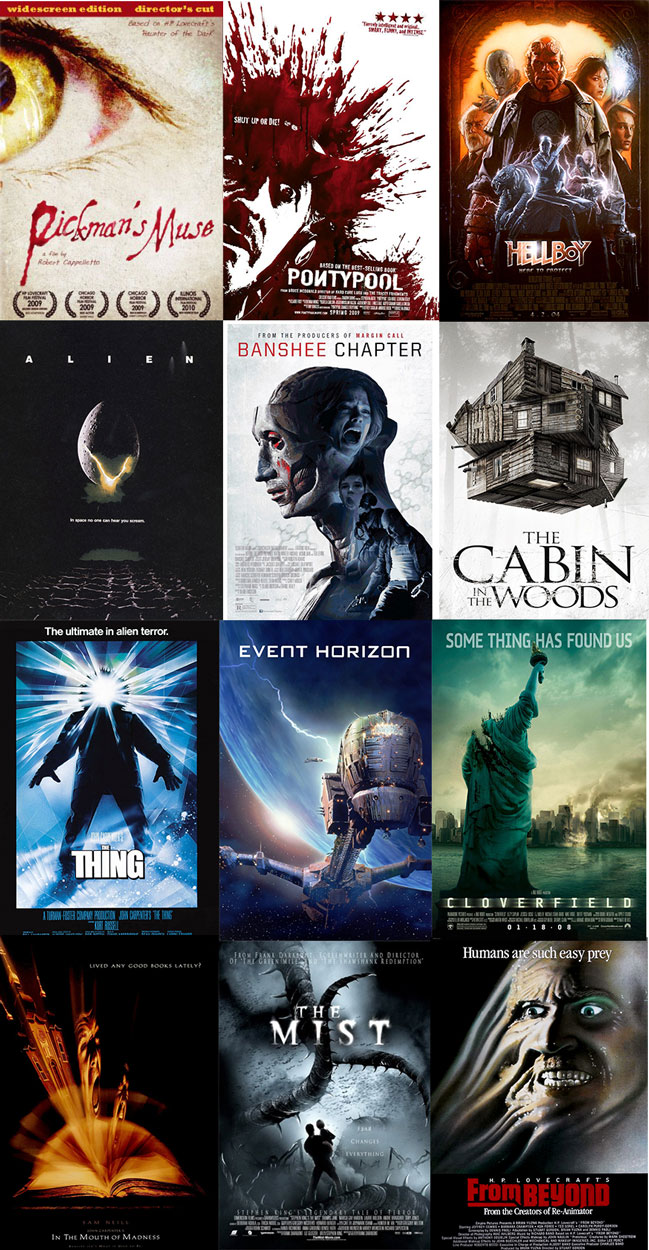