Pandemic is a cooperative board game by Matt Leacock in which two to four players each with a "speciality" like dispatcher, scientist, researcher etc. attempt to find the cure for 4 diseases that have broken out over the world. The cooperative nature of the game makes it somewhat of an oddity amongst boardgames we are aware of where you typicall attempt to defeat the other players rather than the game itself. Recently tweet by BoardGameGeek teased an version that will be themed after Lovecraft's mythos.

The game appears to include 7 different "investigators" to choose from including "Magician", "Hunter", and "Reporter" who struggle to control the board agains the Great Old Ones and retain their "sanity" in locations from Lovecraft's work like Arkham, Dunwich, Innsmouth etc. The trailer below got a us quite excited to play! More information at BoardGameGeek 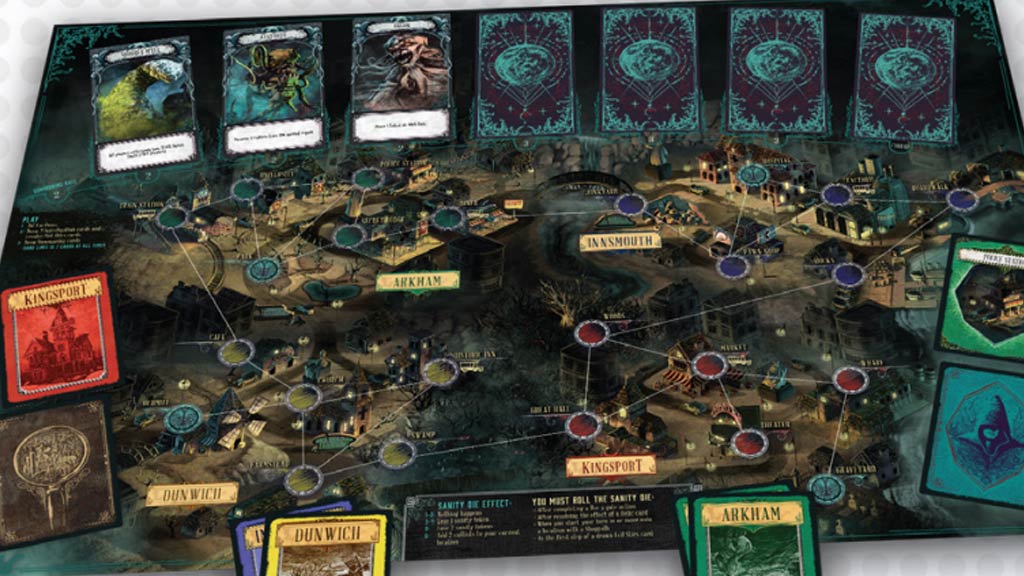