Popular digital card game Hearthstone seems to be giving a node to the Cthulhu mythos albeit with a distinctly Warcraft spin. Blizzard has officially announced its next expansion called Whispers of the Old Gods and judging by the trailer and official announcement post there is quite a bit of Lovecraftian chaos on the horizon. If the unknown theme permeates the card effects, there could be a great counterpart to the League of Explorers which introduced many cards that gave players a choice and the ability to know what cards they were getting through the discover mechanic. This expansion could add more uncertainty to the mechanics and more cards like Twisting Nether and Ancient Shade. 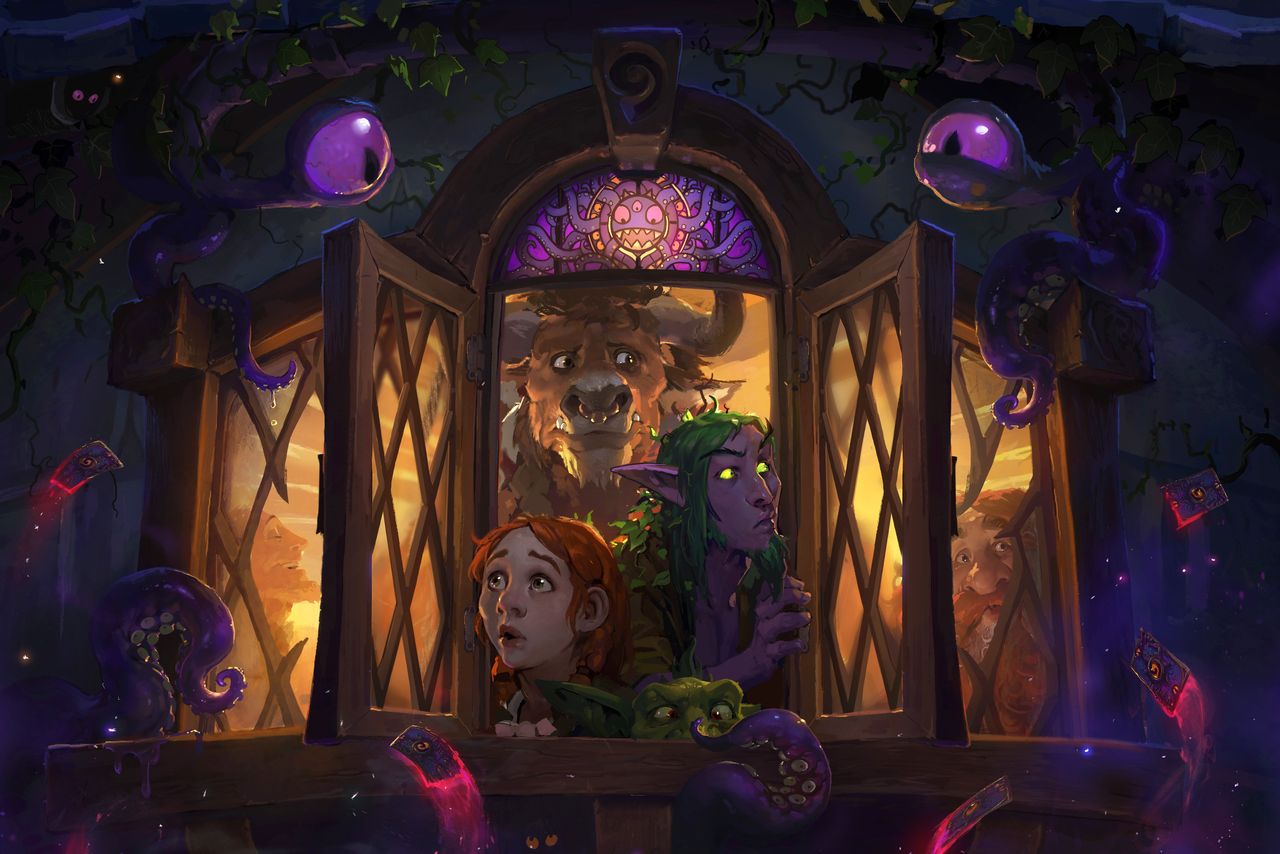